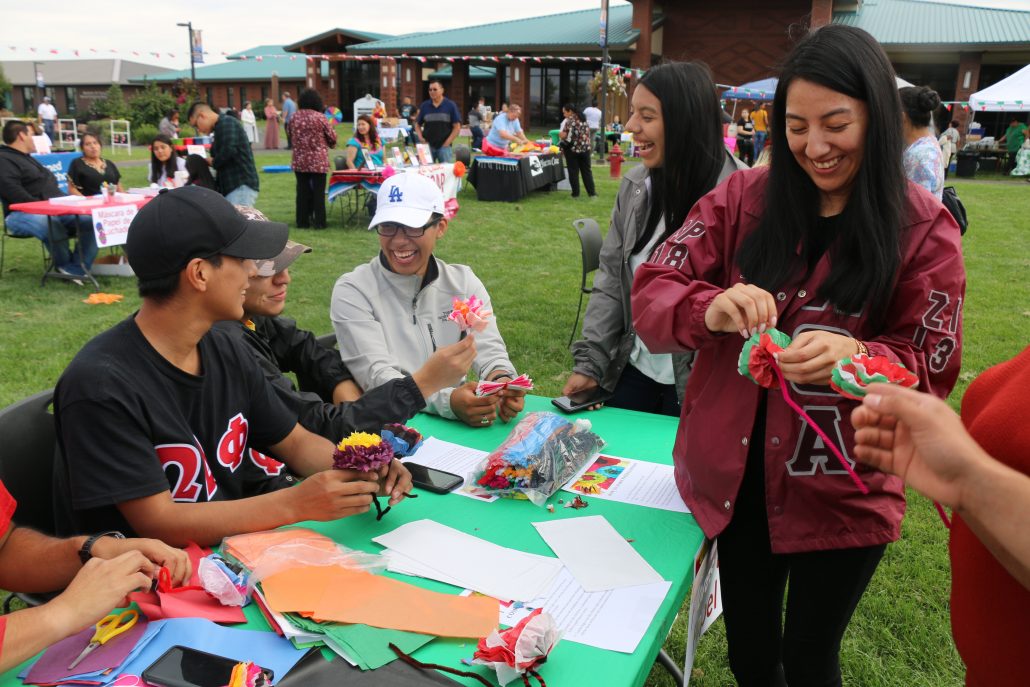 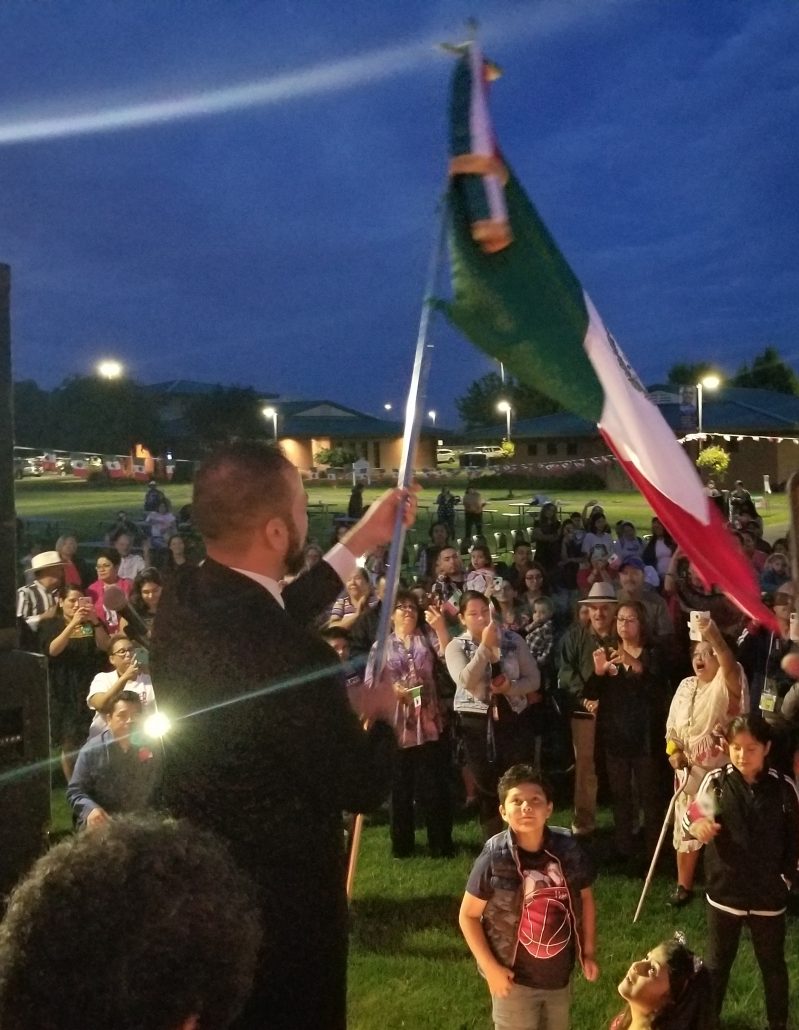 Farid Alejandro Soberanis Garcia from the Mexican Consulate waves the flag following his delivery of the Cry of Dolores.

El Grito de Dolores is an important national holiday for the people of Mexico, much like America’s 4th of July. It is celebrated on September 15 to commemorate the start of the Mexican War for Independence. Each year at 11:00 p.m., Mexico’s president rings a bell at the National Palace in Mexico City and shouts out a call of patriotism based on the Cry of Dolores, the call out made two centuries ago by Miguel Hidalgo y Costilla that started the war for independence. This call is replicated in cities and towns throughout Mexico with the highest-ranking government official making the call. Here at Heritage, Farid Alejandro Soberanis Garcia from the Mexican Consulate in Seattle led the crowd through the Cry of Dolores. 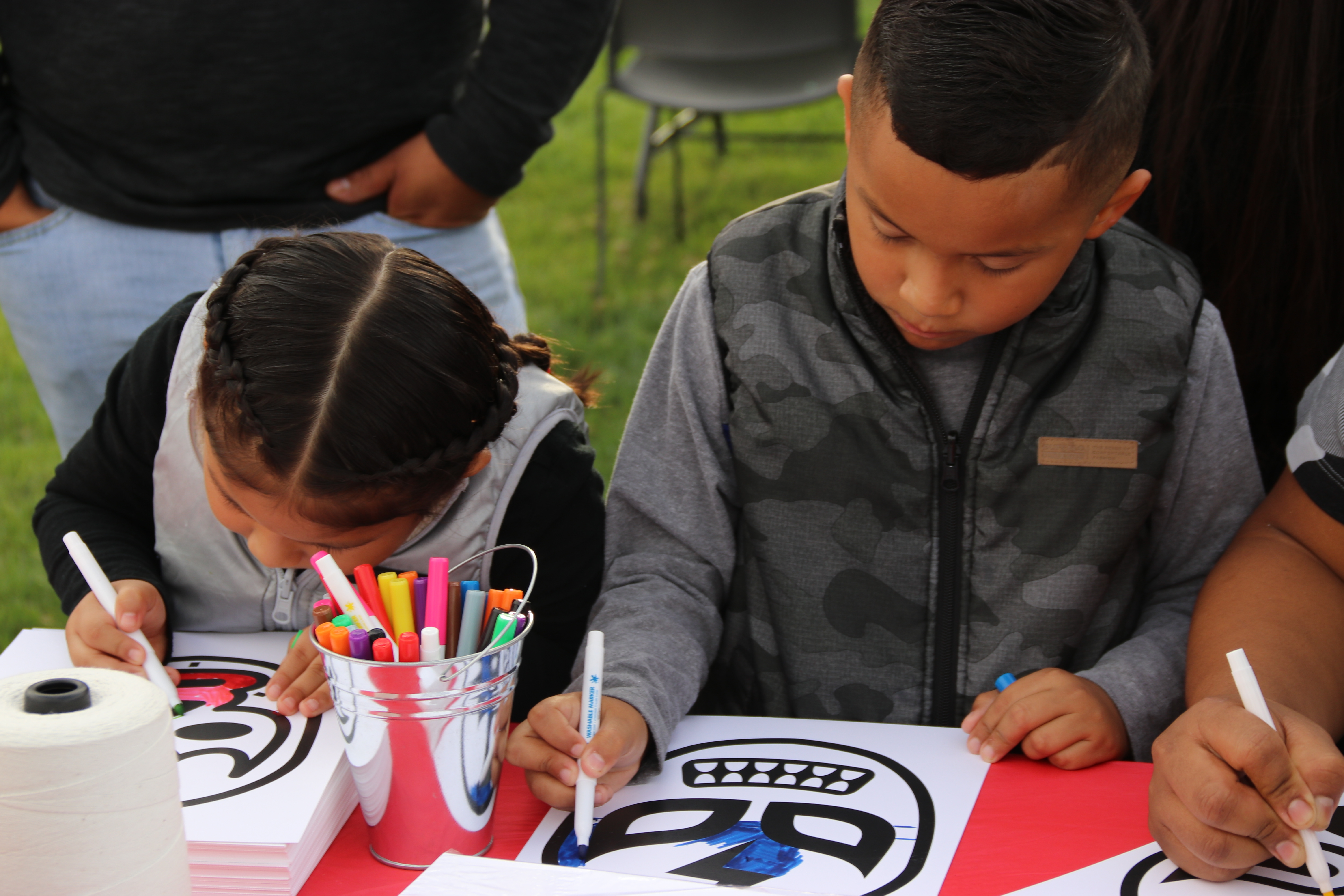 “It was a very moving and emotional moment that reminds us just how important these kinds of cultural connections are for the people in our community,” said Dr. Melissa Hill, vice president for student affairs. “The people who gathered are proud of their Mexican heritage and of the sacrifices that their forefathers made to build the country that sustained their families for generations. It was evident that even when we travel away from home, a piece of our homeland remains deep in our hearts.” 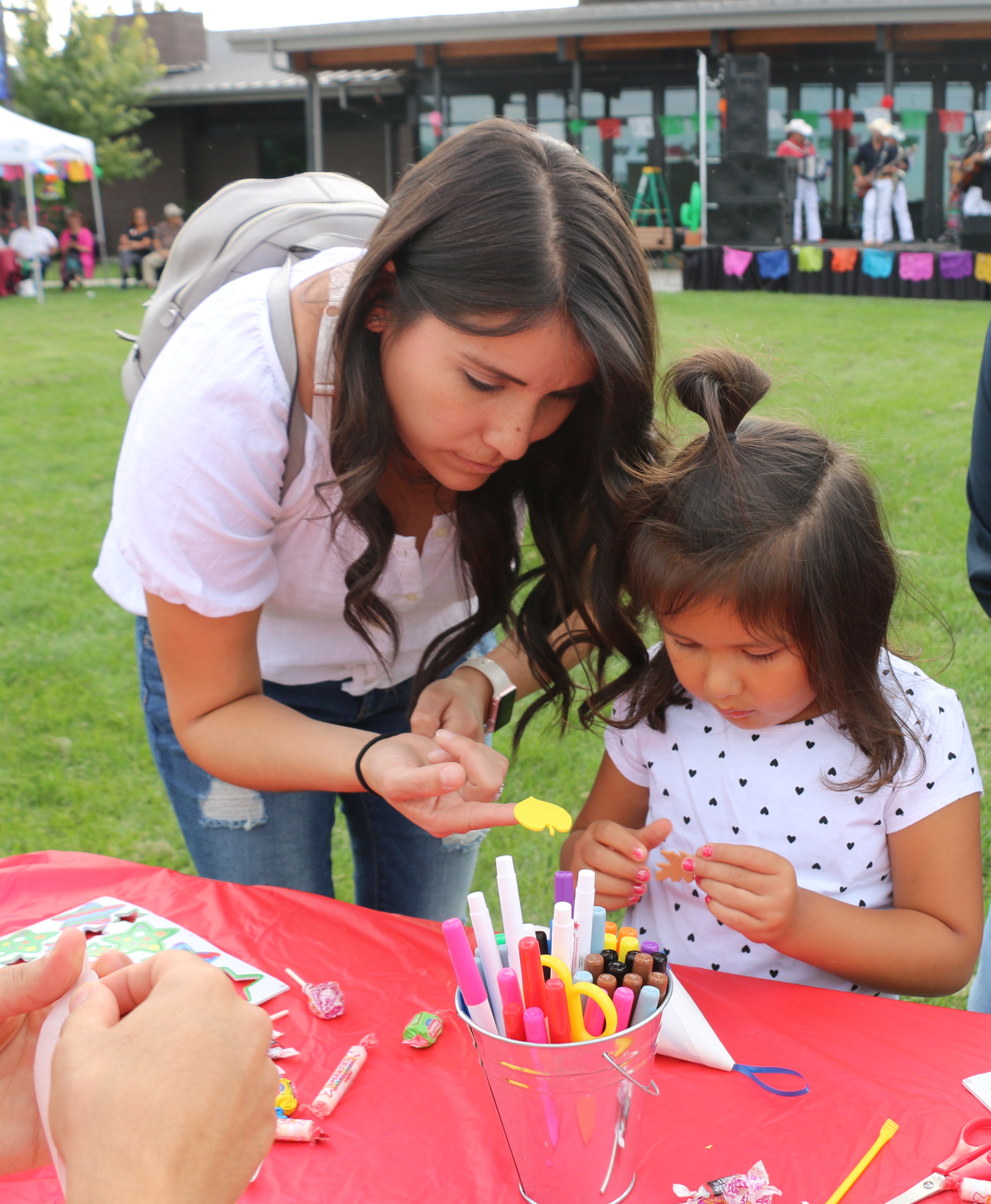 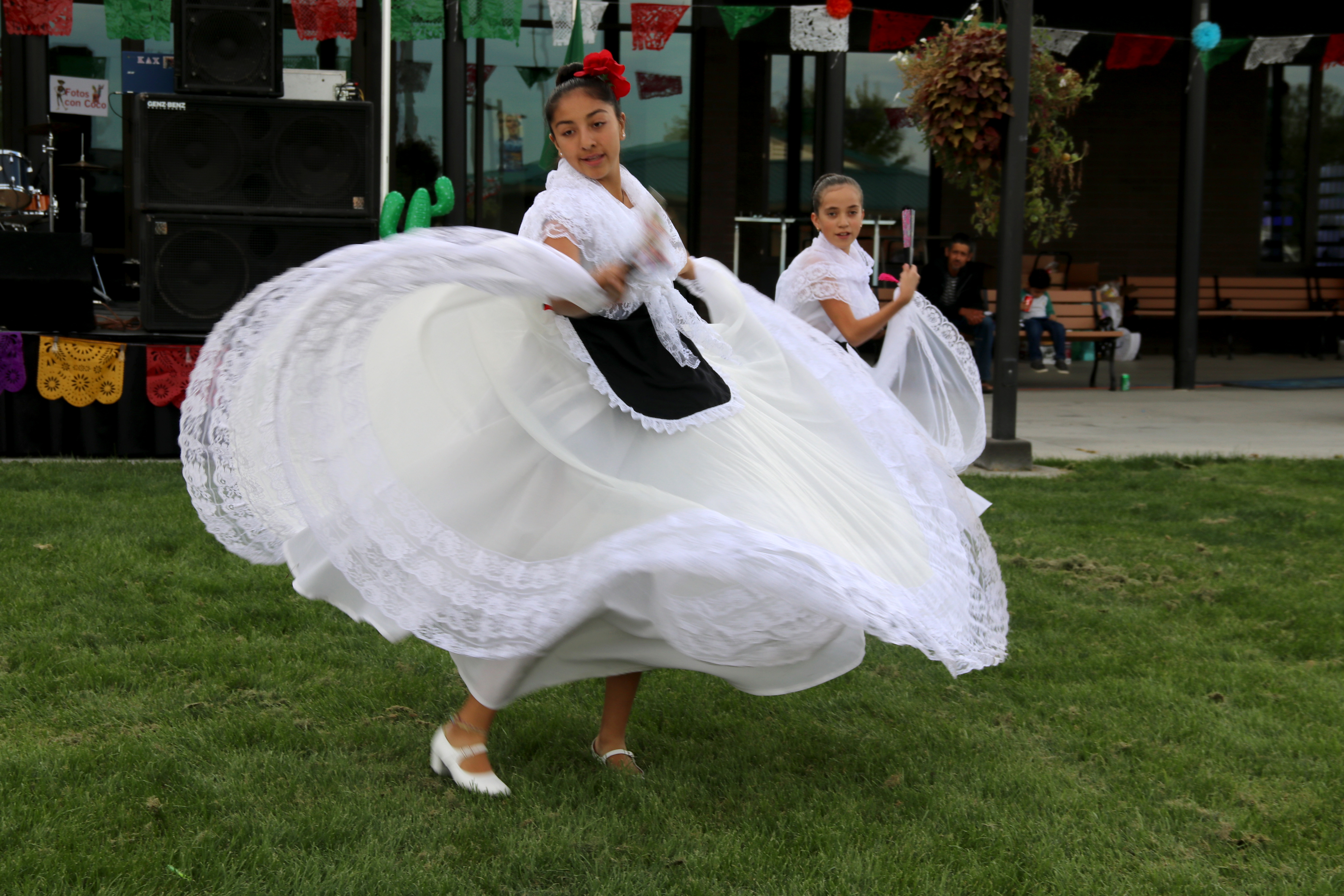 During the program, Dr. Andrew Sund awarded retired Heritage administrator Bertha Ortega with the Heritage University Community Service Award. Ortega worked for Heritage from the university’s founding until her retirement in 2014. In addition to her dedication to the university and its students, she’s been an active fixture in the community serving on numerous community boards including Northwest Learning and Achievement Group, Eastern Washington University, Catholic Charities for the Diocese of Yakima and the Central Washington Hispanic Chamber of Commerce. This is the first of what organizers expect to be an annual award. 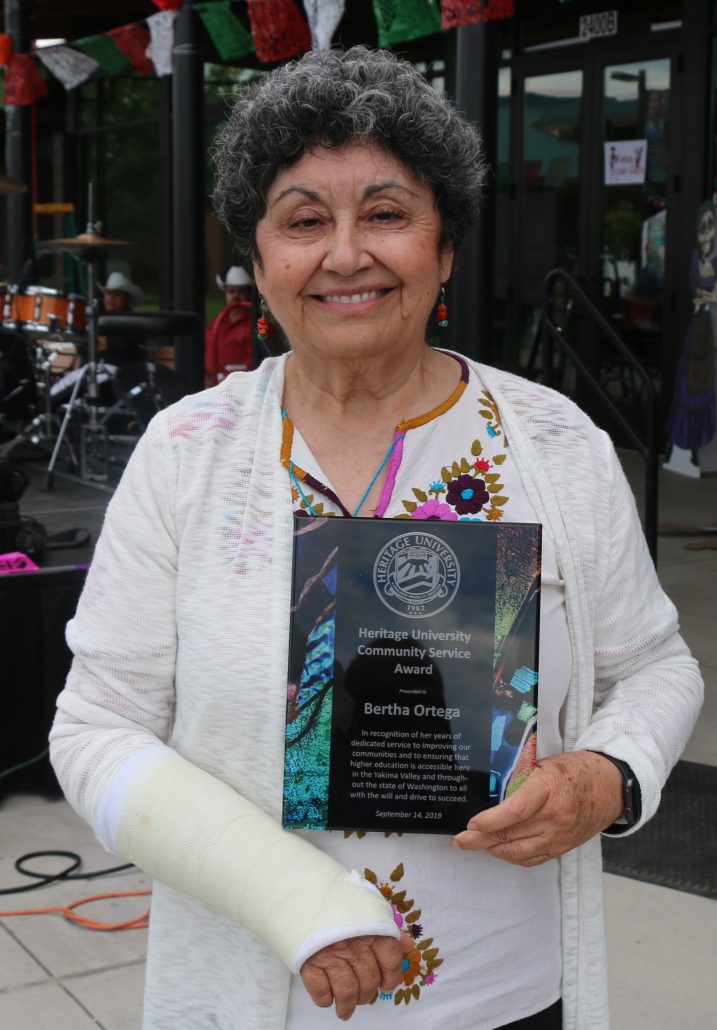