The Ross Institute for Student Success

“Higher education transforms lives and communities. It halts the cycle of poverty and opens up opportunities for graduates and their families for generations to come. It strengthens communities and builds a foundation for economic development that benefits all.”

At Heritage University, we believe that a college education should be accessible to anyone with the talent and drive to pursue a degree — regardless of economics, culture or geographic location. We have seen many incredible minds walk through our doors who have proven that access to opportunity can make a lifetime of difference.

We believe it is vital to the future of our world to reverse the historical underrepresentation in higher education and community leadership of some cultural and socioeconomic groups. By changing the way we deliver higher education, we can empower New Majority student to more readily attain college degrees and achieve lifelong success. 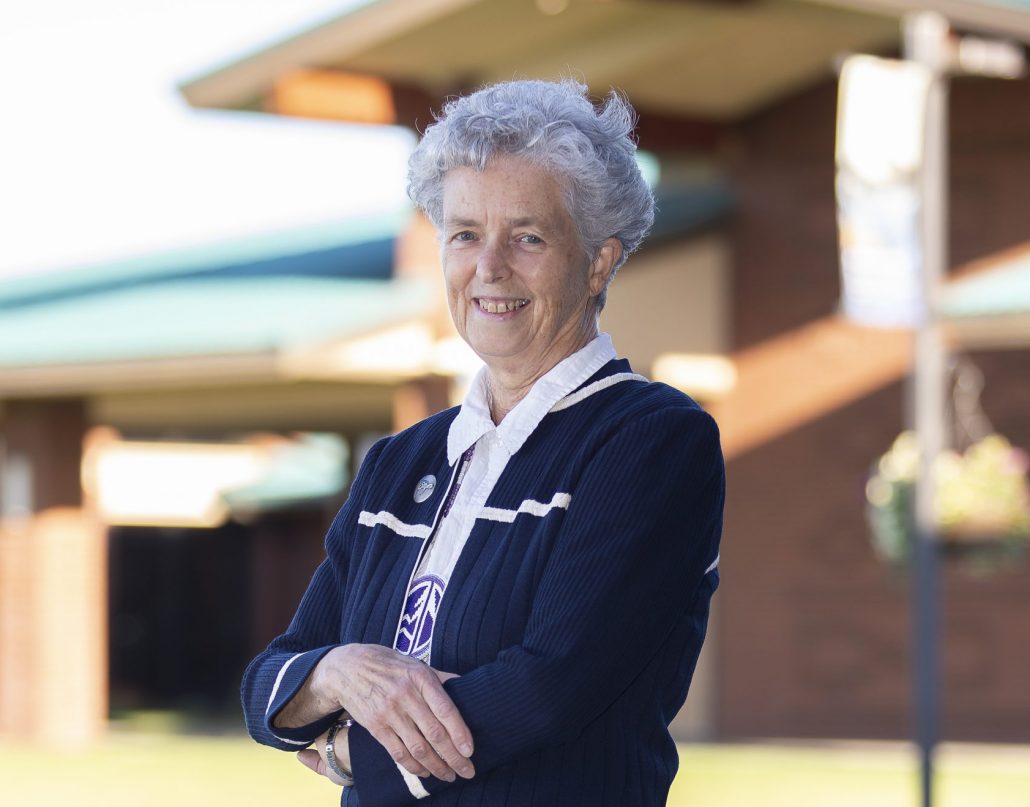 More likely to drop out of college.

33% of first-generation students leave school within the first three years, compared to 14% of students from families with parents who hold bachelor’s degrees.

Less likely to complete their studies in four years.

More likely to take more than six years to earn a bachelor’s degree.

90% of first-generation students from low-income households take longer than six years to complete their bachelor’s degree.

Now more than ever, colleges across the United States are diversifying with students who have historically been left out of higher education. They are the “New Majority,” commonly known as first-generation, low-income college students. They often come from a working-class background. And they often are Latino/a, African American, Native American, Pacific Islander or another minority.

New Majority students are eager and smart—seemingly college-ready—but their socio-cultural background often puts them at an extreme disadvantage in an educational environment that is predominately white, middle class and professional.

BUT THERE IS HOPE!

Change the way we deliver higher education while maintaining high academic standards, and we can change student outcomes. That is precisely what Sr. Kathleen Ross discovered when she started Heritage University 40 years ago, and it is the principle behind The Ross Institute for Student Success.

Here at Heritage University, we believe

Education is for Everyone

Heritage University empowers a multi-cultural and inclusive student body to overcome the social, cultural, economic and geographic barriers that limit access to higher education. Rooted in the homeland of the Yakama Nation, we embrace transformational student-centered education that cultivates leadership and a commitment to the promotion of a more just society.

Heritage is home to the New Majority

With its early successes with New Majority students and its student body that is almost exclusively comprised of this population, Heritage is in a unique position to provide leadership in researching best practices for serving the needs of these students.

Visiting scholars will be invited to the Institute to increase their knowledge, conduct new research and share best practices from their work. They and others will participate in symposiums and publications that disseminate their work to Heritage faculty and the wider higher-ed community, building on preliminary research by Dr. Ross, published by Harvard Education Press. 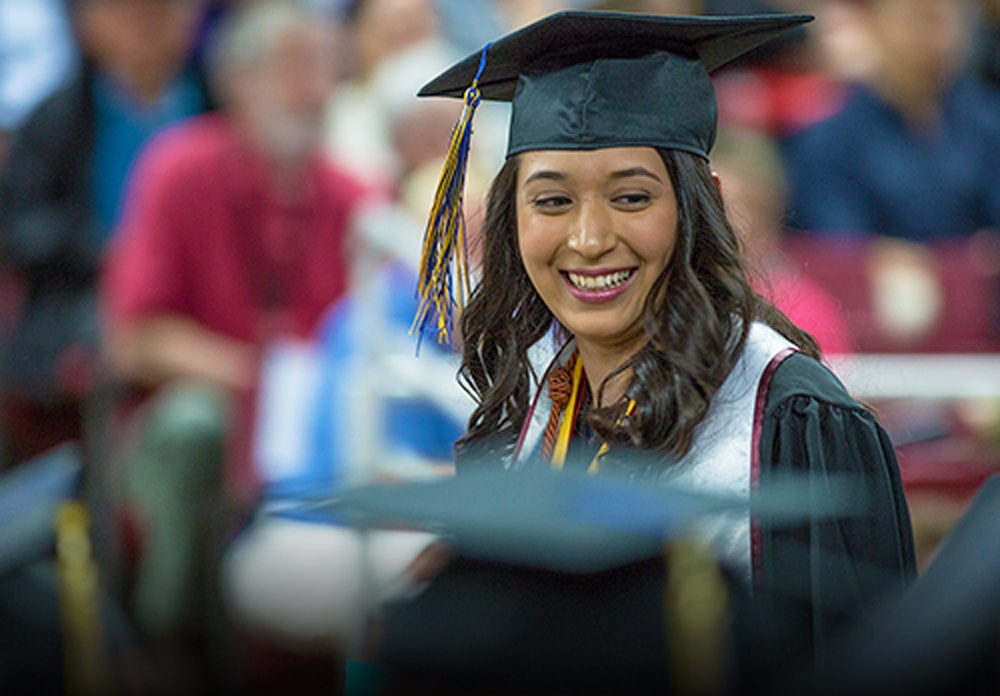 I knew I wanted to go to college and that I was capable, but I could not visualize myself there. I knew it took a lot of work and that it went against the cultural norms of my extended family. I thought, ‘I’m a girl. I don’t belong there. I can’t major in math.’ At Heritage, I went from being a little girl who did not believe she was ever going to college, to a confident young woman, aspiring to earn a Ph.D. and become a professor in mathematics, and the belief and confidence that I WILL accomplish it!

After high school, I enrolled at a community college. My experiences there reinforced my belief that college was for other people, not someone like me. I never felt like I fit in. I felt like I was a number. I didn’t even know the questions to ask to get the information I needed to be successful. I was very close to completely giving up on my dream and dropping out of college for good. It was a completely different experience when I transferred to Heritage. There, I felt like I was important and worthy of an education. They believed in me, even when I had a hard time believing in myself.

The Ross Institute for Student Success Research is named after Sister Kathleen A. Ross, SNJM, and president emerita of Heritage University, which she co-founded in 1982 with Martha B. Yallup and Violet Lumley Rau of the Yakama Nation. The Institute will serve as a legacy to Dr. Ross and continue her groundbreaking work spanning more than four decades. She is a nationally recognized leader in higher education, especially in cross-cultural communication. 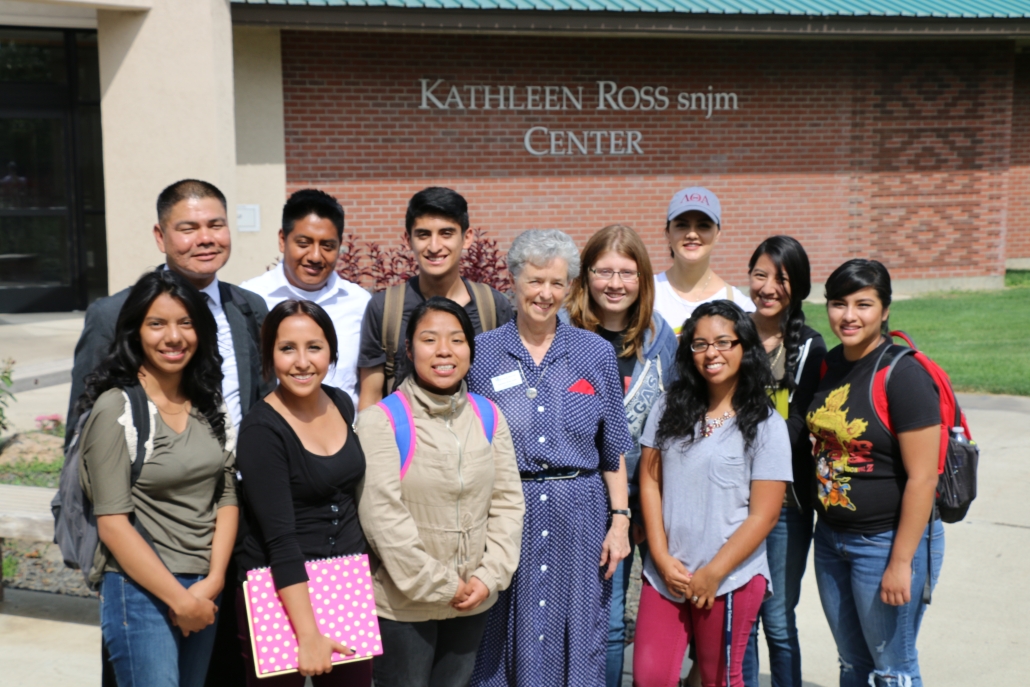 In the 1970s,“Sister Kathleen,” as she is popularly known on campus, served as provost of Fort Wright College of the Holy Names in Spokane, Washington, operated by the order of Catholic Sisters to which Sr. Kathleen belongs. She oversaw the creation of outreach programs in the remote towns of Toppenish and Omak that provided place-bound, low-income, and first-generation students the opportunity to earn four-year college degrees.

When Fort Wright College closed, Sister Kathleen, with the help of Yallup and Rau, started Heritage College in Toppenish, located in the homeland of the Yakama Nation. Serving as Heritage’s first president, Sister Kathleen shaped the college’s unique mission and guided its growth from 85 students to more than 1,400 when she stepped down as president in 2010. Since then, Sister Kathleen has remained active in the Heritage community and shared the success of the Heritage model with colleges and universities throughout the United States.

The 11 breakthrough strategies that create a strong, research-based foundation for The Ross Institute.

Join us in the campaign for The Ross Institute

Your Support Makes It Possible! 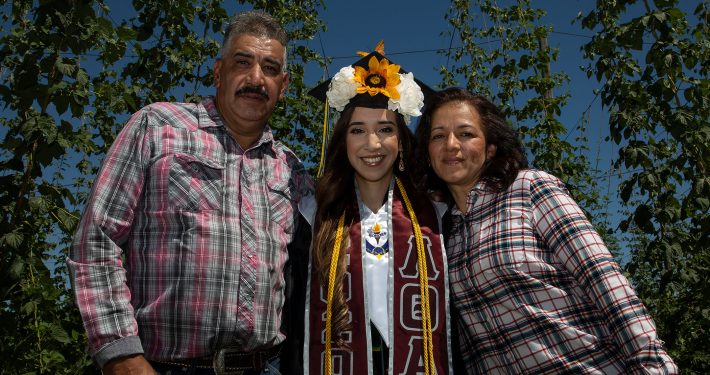 Please join us in helping New Majority students through the formation of an endowed, nationally-recognized research institute at Heritage University. Your gift will move us even closer to raising the critical funds needed to expand this important work. Your support will transform the education and lives of New Majority college students for generations.

Your investment will help:

If you would like to learn more about The Ross Institute or alternative ways to support this campaign, please contact the Office of Advancement.