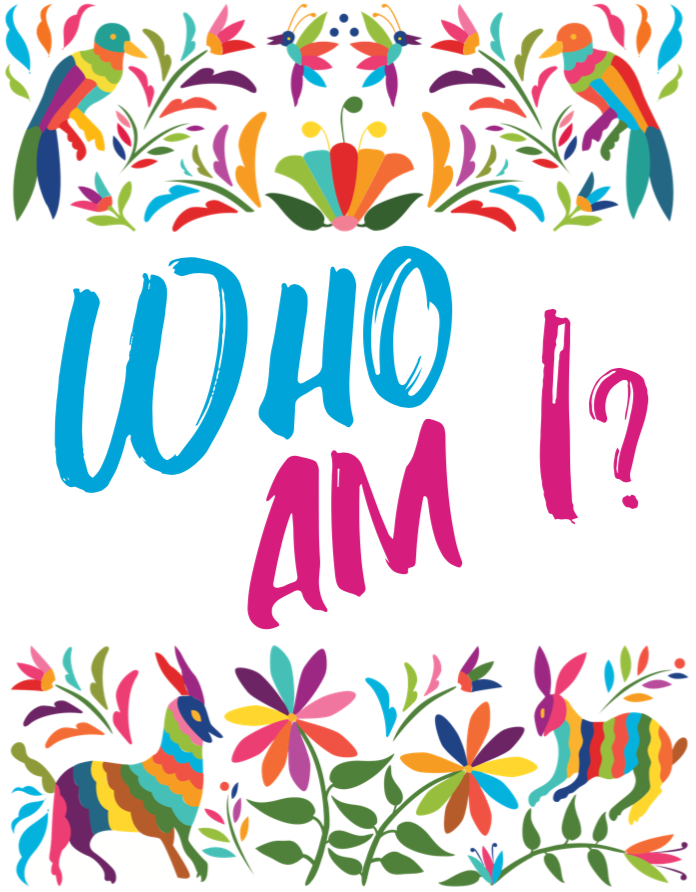 Heritage student’s research centers on culture and identity for immigrant youth in the Yakima Valley.

Josefa Zarco was in high school when she first read the bestselling, young adult novel I Am Not Your Perfect Mexican Daughter. “It was ok,” she thought as she set it aside and let it slip out of her mind.

Flash forward to her junior year at Heritage. Zarco, an English major aspiring to go to law school, received a Mellon Mays Undergraduate Fellowship.She needed a research topic and was looking at a list of suggested reading materials for inspiration. There on the list was the familiar book from her high school days. What a difference a few years makes. This time the book, which follows the teenage daughter of immigrants as she navigates through stereotypes and expectations to find her identity, really resonated with her. 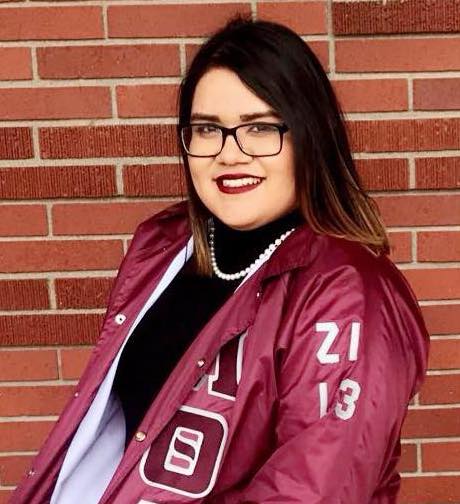 Josefa is a member of the Heritage University chapter of the Lambda Theta Alpha Latin Sorority, Inc.

People think ‘You’re a Mexican woman, you must be really shy and submissive’ or ‘your parents raised you to become a wife and mother, to sacrifice yourself and your needs to take care of the men and children,’ but that’s not necessarily who we are,” she said. “Immigrant families are families just like everyone else. We have a lot of the same struggles and dynamics that you find in families from other cultures.

“Teens are trying to figure out who they are and how they fit into this world. Immigrant teens have all of the same angst that their peers are facing, plus the addition of some pretty dark and scary issues, like the fear that their parents or friends may be deported, and racism that tells them that they don’t belong in their own country. For many, there is also a feeling that they don’t fit in. They don’t look 100% ‘American’ and when they go to Mexico, they don’t look or sound like they are from there either.”

Zarco began building the foundation of her research on culture and identity development for immigrant teens in the Yakima Valley. It starts with an introspective look.

The daughter of Mexican immigrants, Zarco is in a unique position to understand and empathize with the complexities of living in a traditional immigrant family. Her father, Artemio Zarco met her mother, Socorro, and they married and raised Josefa and her two sisters in Los Angeles. Her father had his residency papers when they married, but her mom did not. Zarco candidly admits she worried her mom could be deported at any time.

The family relocated to the Yakima Valley where her parents found jobs, he in a hops field and she in a warehouse packing apples. They saved enough to hire an attorney and began to apply for residency for her mom. Zarco was the oldest, and she knew English, so she became the de facto administrator of her mom’s permanent residency papers.

Zarco’s experience helping her mom was pivotal. It got her thinking about going to college and becoming a lawyer. Her family was supportive, but she knew nothing about the process— how to find a college, scholarships and financial aid, how to apply. She couldn’t ask her parents for help either, so the process was sometimes overwhelming. 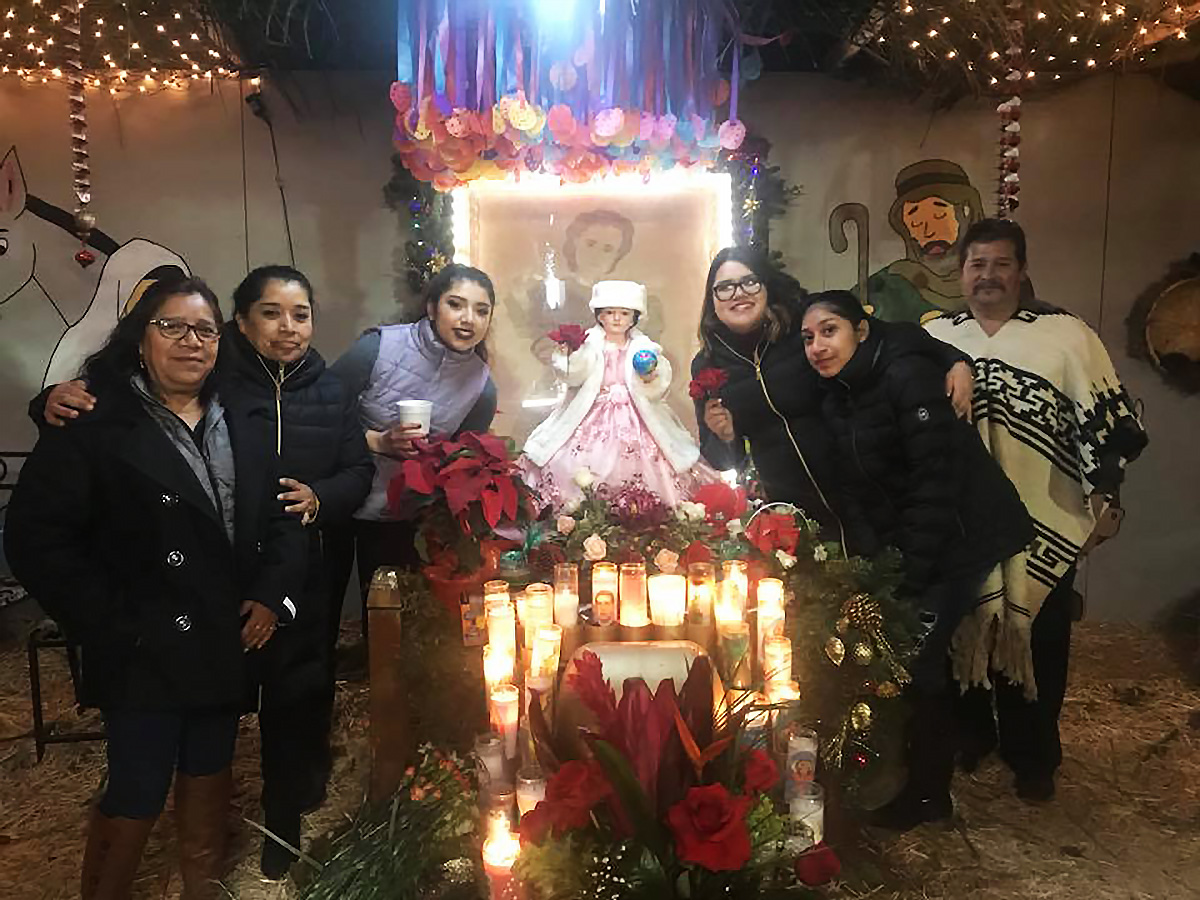 Josefa and her family celebrating Christmas at a Las Pastorelas held in San Bernardino, California.

Years later as Zarco was formulating her research question, she thought back to her own experiences and the challenges they presented to her and her sense of self. She understands how first generation students may feel self-doubt when transitioning from their traditional roles to being students. Moreover, how they wrestle with the choice to follow their parents and peers into the workforce, particularly into agriculture, vs. pursuing higher education.

“We’ve been told we can do more,” Zarco said. “But we repeat what our parents did even though they don’t want us to continue that cycle. We do it because it is comfortable.”

“It’s going to document the real process that happens when students come into the academic environment,” said Wynn. “There’s anxiety, fear, the perception of losing their family, and not feeling capable enough to be here. They question whether they can succeed and if the sacrifices they are making – giving up income or the approval of their families – is worth it.

“While in traditional roles, they know who they are and how they fit in, but as students, they are plunged into a whole new identity and there’s a fear of not belonging.”

Zarco pointed out that while there is a focus on addressing and fixing skills deficits that first- generation students may bring to campus in their coursework, there are other obstacles that can sideline an immigrant student on campus.

“We’re so nurtured in our homes,” said Zarco. “Our parents are super strict, so it’s a whole different world that you step into.” 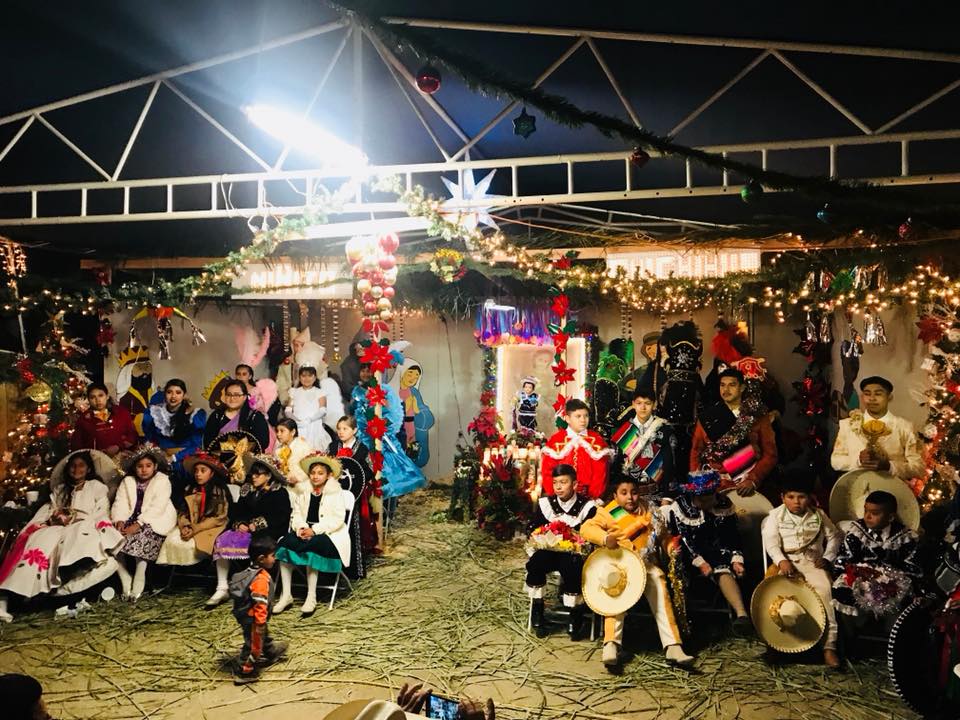 Among the cultural traditions that are important to Josefa and her family is Las Pastorelas, a traditional Christmas play that recreates the telling of the shepherds following the Star of Bethlehem to find the birthplace of baby Jesus.

Zarco’s started her preliminary research this summer by talking with young adults who worked in agriculture with her dad. A number of her peers whom she met with said they thought college was a waste of time because they could be earning money by working instead. Others said it wasn’t even anything they considered because “college isn’t for people like me,” meaning they perceived that immigrants and children of immigrants don’t belong in college.

Interestingly, while the young adults often dismissed college, the mothers Zarco spoke to wanted more for their children, expressing concern that their children were following in their footsteps and missing out on opportunities to live the American dream.

The work Zarco did this summer helped her narrow down the scope of her project. She is now in the process of finalizing her topic and will submit her questions to the internal review board in November. Once approved, she’ll begin in-depth interviews with six young adults using the ethnographic interviewing method. In this qualitative method, subjects are given broad, descriptive questions in which they can speak at length about their experiences. Zarco then evaluates the information to identify systematic, recurring themes.

“I expect my research to bring to light a different side of the immigrant story,” Zarco said.

The goal, she said, is to wrap up her research in April 2020 and submit her work to relevant journals for publishing.